THE way to respond

Jon Super of AP captured that moment in a football game that it so much more than one man’s celebration of a goal.
Football is more than just football.

Yesterday Real Madrid played Anfield Road in Champions League and if you were browsing the papers, internet and nonetheless social medias in days prior to the game, few things came up again and again; The soul, the greatness of Liverpool FC and their fans and the wealth and arrogance of Real Madrid, and Christiano Ronaldo in particular. Ok that’s a mild way of putting it. Of course you know it was far more excessive than that, but for some reason I feel like keeping it clean(er) today.

Even during the game Ronaldo has been boohooed at every time he came close to the ball. The attitude from big part of Liverpool fans was a fine representation of holier-than-thou attitude many of football fans have.

Oh boy, I could go on forever about Penaldo, hair-wax, The Madrid-fascists, and the arrogance of the world’s best player, which is apparently so overshadowing that not even the fact that Louis Suarez is biting people around can make it go away.

So how do you respond to that, as a club and as an individual? Well, when it comes to Christiano Ronaldo, he simply did what he does – he played worthy of the Planet Earth’s best player. His only reaction was to do what he does, and boy did he do just that.

Ronaldo and his team played one hell of a game and that amazing first goal was a perfect answer to all the fuss, all the boohooing and the rest of unsporty (and inhumane) behavior.
Funny enough – everyone at Anfield Road knew it at that moment; they knew that none of their inflammatory and ill-meant comments could do anything. And their silent reaction to Ronaldo’s scoring was the loudest response they could come up with. Talking about deafening silence.

Even the guy standing up on this picture is aware of it. The picture here is so representative of those few days surrounding the game, but also state of football in general. The picture is more than Liverpool, more than Real Madrid and even more then football – it’s a basic lesion in what (not) to do.
Me, I just like when prejudicial indictments are answered by nothing else but doing by you do.

UPDATE: And for an additional smile here is the current status in Premiere League. Contradicting (but not neglecting) the statement that the lack of money (in compartment with Real Madrid and many others) is the sole reason for Liverpool not being able to keep up … 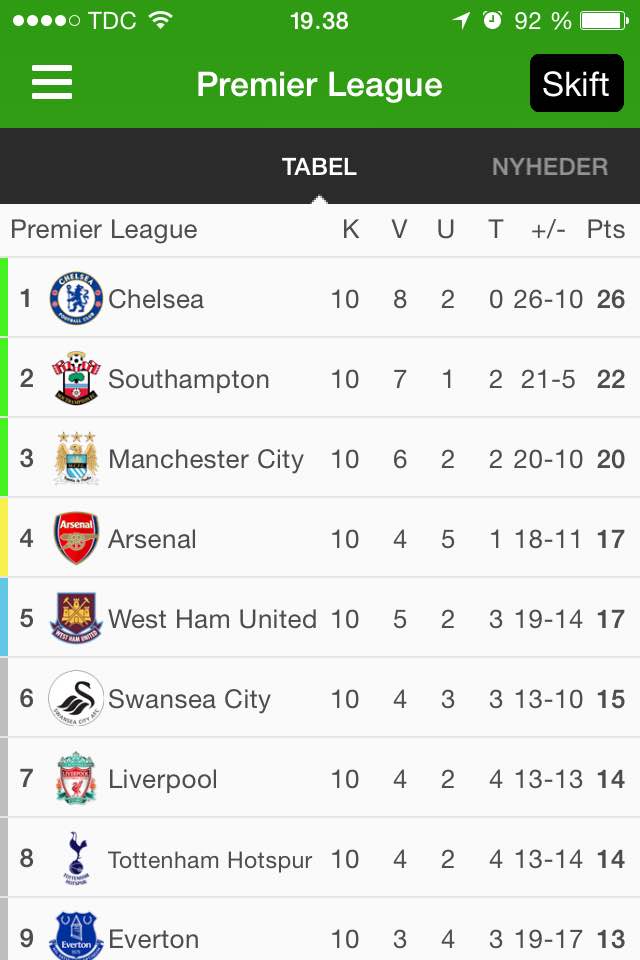